The Edger Audiobook Has Found Its Voice

And it’s not just any voice. We’re talking a voice capable of oiling a rusty WWI airplane propeller while also sipping a vodka martini. It is a voice so smooth it could charm Emperor Palpatine into wirelessly charging Baby Yoda’s phone. This is a voice that–we’re talking a real human voice, okay, and not one of those fake speak-and-spell jobs from the ’80’s–a voice capable of defeating Chuck Norris in a Colosseum battle (with cats) where Chuck Norris gets to use karate, and the voice only gets to say “turnip,” over and over. Like, fifteen times tops.

People: Science has discovered the sonic equivalent of the pumpkin spice latte.

Über Dorks, Vikas Adam will be bringing Edger to life. 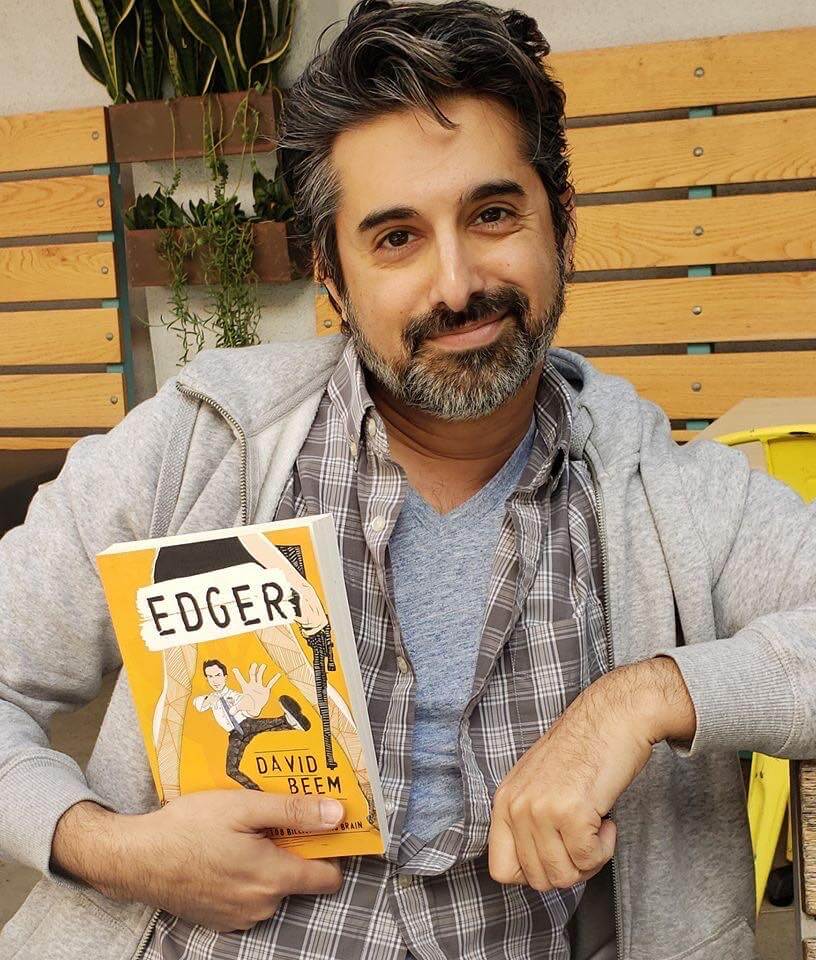 Vikas Adam’s warm and approachable voice seems to be able to move effortlessly into countless geographical regions: Australia, England, America, India, to name a few, but there is nothing about his delivery that says “hey, I’m acting here”, his voice is entirely natural and subtle.

There’s a lot of love for Vikas Adam at Audible (both in-house and among our listeners), and that has grown especially in the last few years. His starring turn in Lion, the true story that was the basis for the movie, qualified him as an official "narrator who makes us ugly cry”. He was one of the voices behind a top YA pick this year, When Dimple Met Rishi, as well as Salman Rushdie’s latest literary tour de force, The Golden House. Adam is also regularly kicking butt in the sci-fi & fantasy genre, and has garnered lots of fans for hisÂ Heartstrikers series, which recently won an Audie in the Fantasy category.

SPECIAL DELIVERY (A NOTE FROM THE AUTHOR)

Only a remarkable type of actor can tackle this book. Thirty-five different characters. Famous personalities like Bruce Lee and Michael Jackson. Comic timing, an inclination for wacky material, and someone whose range and tone fit the book’s principal cast. Vikas Adam is all that and more. I can’t tell you how thrilled and honored I am to have Vikas Adam lend his talent to this project!

The Audio Flow is a SAG-AFTRA production company and member of the Audio Publishers Association. They collaborate with bestselling authors and award-winning narrators to deliver professional and quality audiobooks since 2017. Boasting over 200+ narrators on their roster and over 50 books completed, The Audio Flow is quickly leaving its mark on the audio production landscape.

A superhero, a spy, and an evil cow. All in a day’s dork.

His superpower: the ability to channel the Collective Unconscious, a psychic network connecting the living and the dead. In his arsenal are the skills of Bruce Lee, the strength of Samson, the wisdom of the ages...and the dancing chops of Michael Jackson–including that one twisty foot move, crotch grab, and fedora tilt.

Like every psychic superpower to get administered through a hypodermic needle, this one comes with a prick. Someone seems to have misplaced the booster necessary for stabilizing his superpower. Without it, Edger has three days before his brain turns to pudding.

Join our Dork of Destiny as he overcomes the world’s greatest butt, two rival Cluck-n-Pray gangs, an evil cow, a Green Bay Defensive Tackle, rifle-toting assassins–and a pair of stoners who inadvertently create the world’s first supervillain after a wild night on Twitter!

An average Joe has a chance to be a superhero and face off against a supervillain–using tech that may be deadly to the user–in Beem’s (Abyss of Chaos, 2011) offbeat comedy.

Edger (Ed-jer, as he constantly stresses) Bonkovich is a typical Dork–tech support at Über Dork, a subsidiary of InstaTron in San Diego. He knew InstaTron CEO/founder Mike Dame back at Notre Dame, where they discussed concepts Mike used to earn a degree and start his company. But now Mike needs Edger’s help. Someone has stolen InstaTron Tron, a cumbersomely named artificial intelligence, and released it. The villainous AI seems hellbent on creating anarchy. With an injection of nano-neuro medicine, Edger can access, via his own mind, the dreamlike Collective Unconscious (a database of everyone who’s ever lived) to recover the InstaTron Tron. Unfortunately, the AI is a necessary component to prevent the brain from information overload; without it, Edger will die within 96 hours. Complicating matters is a fiendish organization called Nostradamus. But Mike has also given Edger a ring that uses nanofibers to outfit him with a body-armored “space-ninja costume.” He even stumbles upon a few surprising allies in the Collective Unconscious, like Bruce Lee. Beem laces his absurdist plot with kooky imagery. The AI’s biological host is, at one point, a cow, and a nearly 300-pound defensive tackle may be a spy. These gags make it easy to ignore the sometimes-muddled plot points (the motive for stealing the AI is unclear). The characters, however, are earnest and multilayered. Edger, like any good superhero, battles baddies as well as personal issues, e.g., low self-esteem. He’s funny, too, dropping random words into common phrases (“What the kumquat?”).